I simply adore cooking and eating, but what I love even more is “the emotional cooking” and in particular the one an out of the ordinary chef like Misha Sukyas can make.

I’ve already spoken about him in Honest Cooking and about how he grabbed my attention during the Taste of Milano 2013. Today I’m leading you to the discovery of his magical kingdom, the place of perdition for all food lovers, recently launched  in the smart-set Milan, in a seventeenth century palace along the Arena walls, very close to the enchanting Brera.

A restaurant fit for who enjoys avant-garde playing and loves food in every single variation on the theme!

The cosmopolitan and really informal-chic atmosphere is made unique by the vintage elements, the pictures from the Street-art collection and the AvantGarden gallery and the romantic dehors spotted with jasmine, all details that blended together with the extraordinary treatment by the staff  makes up the perfect setting for this kind of restaurant.

Here at L’Alchimista the absolute master is food walking arm in arm with its humble servant, the chef Misha Sukyas, who with his eclecticism amuses himself in matching such different cultures and styles in order to get a mixture which is unique and balanced at the same time, giving to his creations an appearance venus-worthy and a taste which is simply divine!

This eccentric, explosive and full of adrenaline chef’s way of cooking is apparently a challenge “Classic Cooking vs Modern Cooking around the world”.

It looks like a clash among flavours, shapes and traditions which, actually, turns out to be cooking masterpieces endowed both with the timeless charm typical of the most classic cooking and with the freshness and newness of the most modern one.

In every single dish you have the chance to experience a travel around the world of taste exploring every time heaven on earth! Each of them tells us a fairy or intriguing tales with the typical fancy and eccentric accent of Misha Sukyas, but never boring and never trivial.

The “Pork strudel with corn biscuit, cocoa powder and dried apples,” for example, is the story of this chubby pink mammal’s life.

What better way to praise him, then, if you do not wrap the thread around his bacon and then cook it in its own fat?

What better way to accompany him, if not with those foods that is greedy?

And what other better way to tie all of these ingredients, if not infused with a warm brown background and herbs in mocha, which emphasizes even more the philosophical dimension of its amazing flavor?

When it is said that:

It’s just like that it has to be,  at least in my opinion!

Hence if you too want to plunge in the alchemy of taste, and not only virtually, here is the restaurant’s address:

Whereas, if you want to know the tricks and the secrets of the amazing culinary creations of this chef out of the ordinary, don’t miss the next date with Chef Misha Sukyas here on Like Eat! 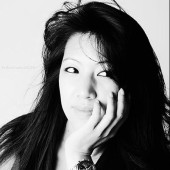 “It’s only a
matter of taste”